Preheat your oven for 350F. In a large bowl, whisk together. 1 1/4 cups all-purpose flour, 1/2 cup + 1/3 cup  cane sugar, 1/2 tsp salt. Mash up the 4 oz banana and add it to the dry mix with 4 oz vanilla almond milk and 2 tbsp apple cider vinegar (trust me). At the last minute mix in 1 tsp baking soda then the 20 g crushed Oreos. Be quick due to the chemical reaction. Pour into mini cupcake liners and evenly divide batters. Bake 18-20 minutes until the tops are slightly golden. For the frosting just mix it all together and transfer to a piping bag. I let mine cool in the fridge overnight and pipe it on the cupcakes just before serving. I also topped them with some more crushed Oreos.

Mix all wet ingredients and a VitamiX. Mix all dry ingredients in a large bowl. Combine and stir well. Cook in a waffle maker until done. Simple 👍🏻👍🏻

In a VitaMix, grind 40g old fashioned oats into coarse oat flour. In a small bowl, combine oat flour, 20g whey protein, 5g peanut flour, 1/4 tsp baking powder, 1/8 tsp xanthan gum, and powdered stevia as desired. Thoroughly mix and add 100g water. Pour into a preheated waffle maker and cook until it opens freely. Let sit for a second because it will be crispy and it will want to crumble. Serve with Walden Farms Chocolate Syrup.

In a VitaMix, grind about 20g  apricot kernels into a fine powder. Add about 150g almonds or almond flour, 18g coconut flour, 1/2 tsp salt, and 1 1/2 tsp cinnamon. Transfer to a large bowl and set aside. Blend fresh apples into applesauce and measure out 4 oz of applesauce into the mixture. Stir until fully combined and no lumps remain. Divide in half and press into 6 silicon molds. Then, in a food processor, combine 10 oz dried apricots, 1 peeled lemon, 1/2 tsp salt, and 1/2 tsp cinnamon. Process until smooth and divide into the 6 molds. Top with remaining crust mixture. Bake at 350F for 30 minutes. Store in the freezer until ready to eat. They are great straight out of the freezer as they don’t freeze solid.

I finally found the perfect way to use this (nasty) hemp protein!! I meant to follow a recipe to a T, and of course, it didn’t turn out so I had to tweak it a little. I found this Raw Thin Mint recipe from PurelyTwin’s and thought, hey, what the hell… What’s the worst that could happen? I waste a little cocoa powder and coconut oil? Meh, no sweat. So I gave it a try and had to keep adding ingredients because 98g of coconut oil is a lot! So here’s the recipe…

Mix all ingredients well and separate into 10 g servings. Best kept in the freezer. They actually aren’t too hard to bite if you keep them thin enough. The texture is good and you can barely tell they are mostly made of that yucky hemp powder! 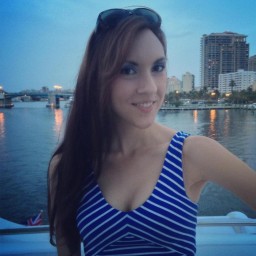 fitfoodbyjessi
Create a free website or blog at WordPress.com.